Please fill out the form below and an experienced specialist (not an operator) on the ESP team will contact you directly to provide a free consultation. We are here to facilitate any questions you may have as you navigate this difficult process. Our average response time is usually within 2.5 hours or next day when submission is after 4PM PT. 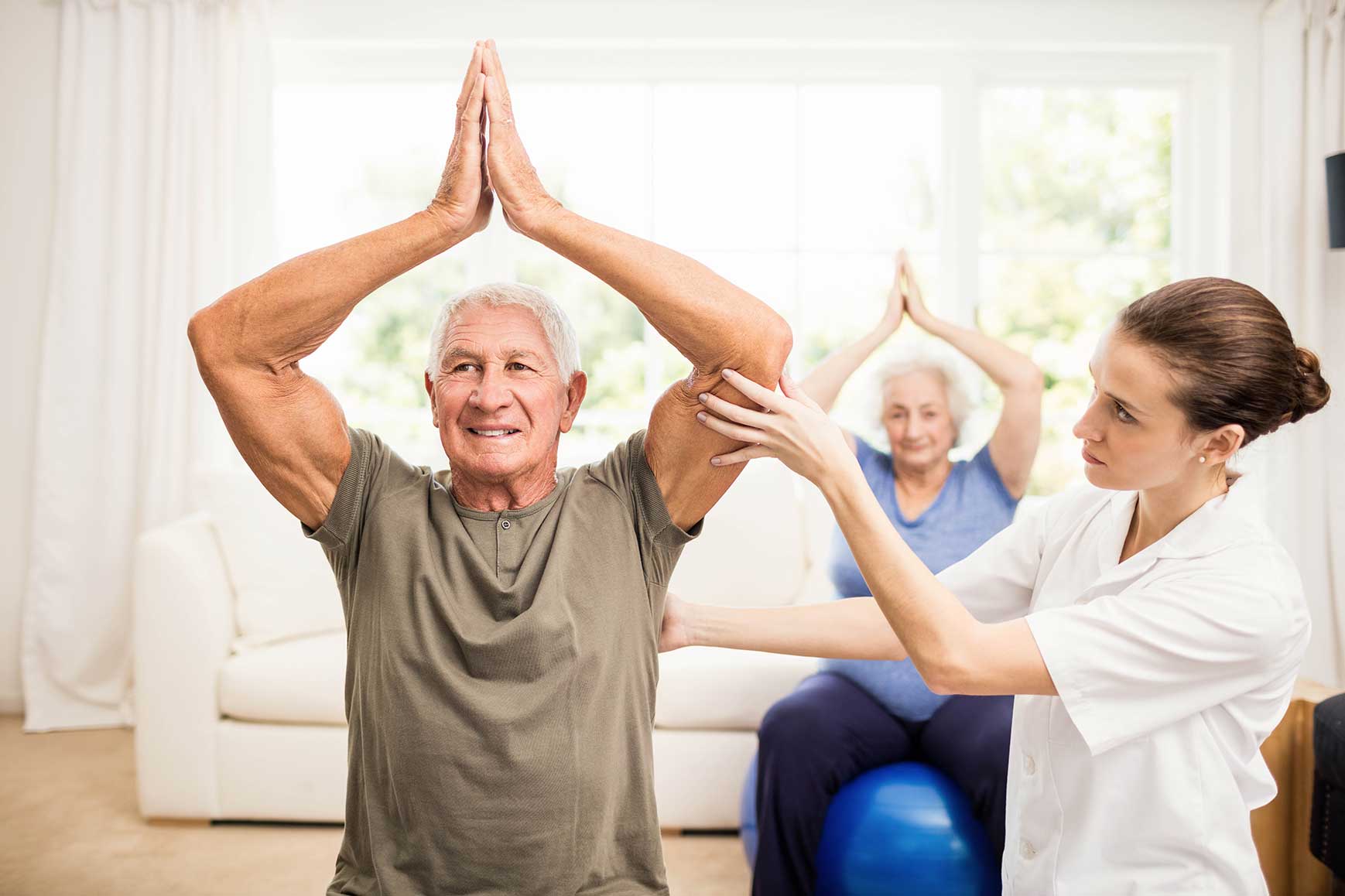 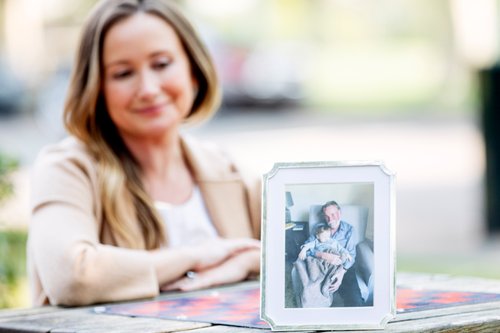 With the loss of my Father In Law thrusting my family’s life in to a spiral as they tried to navigate care options, Hospice, and even just “the new day to day” when the stable rock of the family suddenly needed help, life took a new perspective for me. My corporate career just did not seem fulfilling in the right way for me personally and my husband and I knew we wanted to do something more meaningful for us in impacting others.

We had been forced in to a personal “crash course” around aging and care and had so much to share from it that I knew could help the many people thrown in to that same position every day. I wanted to be that person I wish we had as a trusted resource to help us navigate a road that seems anything but clear.
When my own Father then took a sudden decline just a couple years later, this path of working in the care industry got that much more personal. He had been “my rock” since the day I was born always being there to help me and I wanted to be of the best help and support to him. It was empowering to know what care was needed and feel that I could make the decisions that were best for him, knowing where to turn to get the help my family and I needed all along the long and difficult journey.
I keep these personal experiences close to my heart constantly and while no two situations are ever alike there is always a part of me in the shoes of anyone I am helping navigate care choices for someone dear to their hearts. I feel so thankful to have this trust placed in me with something of utmost importance and to be fulfilled by this each day. 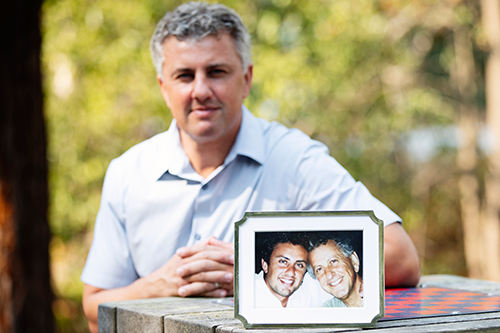 I didn’t realize at the time that my Dad’s journey with cancer would forever change the course of my life. You see I felt I was doing well. The company my partners and I founded had just celebrated our 15th year in business and all the hard work was coming to fruition. Then the news came that my Dad’s cancer which had been stable for multiple years had started to grow. We were back navigating the overwhelming world of appointments tests, transplant lists, clinical trials all the while my Dad couldn’t keep weight on and he ultimately decided to transition on to hospice. I had no idea what hospice was, but they ended up being my saving grace and played a huge role as to how I ended up here today. I was lucky, I got to be a caregiver for my Dad through the end of his life. I had no idea what I was doing and the world all around me seemed to be falling apart trying to navigate the world vs. my Dad’s specific wishes. But I was determined to care for my Dad and honor his wishes as I wanted him to know how much I loved him every second that I could. During the challenging times, my only guiding light was the Hospice team who educated me with compassion and patience. They explained what was happening to my Dad week to week so I knew what to expect. They taught me techniques to help properly care for him and how to make sure he was as comfortable as possible.
Fast forward and I am back at work reflecting on how grateful I am for what we had built, but to be honest with myself, I helped other companies, and what I did was never going to make a huge impact on someone’s life like the Hospice team did for me. It was time to change the course of my life and that is when my wife and I found the opportunity to take over Exceptional Senior Placement in 2016. A year and a half after my Father passed. This is my opportunity to help families like I myself needed. This is my Why. 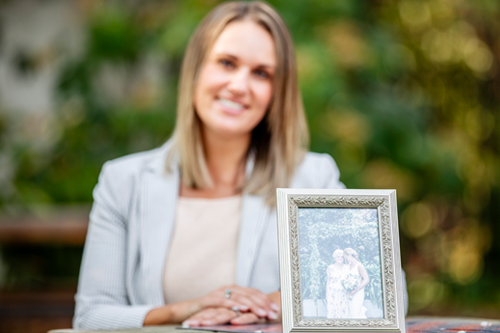 From the time I was a child, spending time with elders has always been a part of who I am. My god-parents were Native American and I believe that is where my admiration, my understanding and my compassion truly stemmed from, as their culture defined what it is to respect your elders. I always had an unwavering desire to help those older than me with chores, companionship and anything else that makes their lives easier and more meaningful. The gift of hearing life stories being told and watching faces light up in delight that someone wanted to hear more, will always be my favorite part of spending time with clients and elder friends.

It was my relationship with my maternal grandmother that really opened my eyes to the opportunity I had to work with seniors professionally. She and I were incredibly close; we gabbed on the phone all of the time, I would visit as often as I could, and we would double date with our boyfriends up and down the State. I had decided years ago that I wanted to help families as they navigate aging. I wanted to know all angles of care and so I became a caregiver to seniors in their homes. I went on to care management where I would organize the care for families within their homes and eventually found my way to Exceptional Senior Placement. With all of the knowledge and understanding of in-home care, I wanted to be more hands on with the clients and families themselves, in this journey to find the right place for them. I have had a Grandfather with Alzheimer’s, I have lost a Grandmother to ovarian cancer on hospice and I know the emotional challenges that all of these parts of aging bring into each family. I am grateful and honored that our families allow me to be a part of their journey and allow me to share resources, guidance and compassion in helping them find the right solution for them. 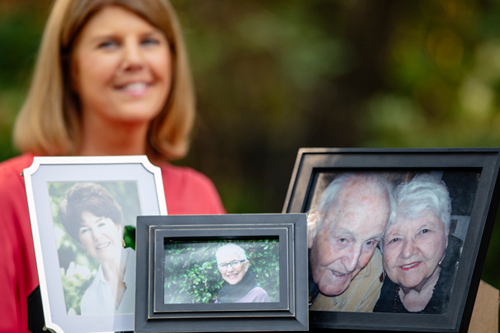 When I was a kid I thought my grandpa was a cowboy. He owned horses, he worked a toothpick between his lips, and he wore a Stetson cowboy hat. While he wasn’t really a bonafide cowboy, he did wear many different hats throughout his 94 years. He wore an apprentice cap before donning a fireman’s helmet working for LAFD until his retirement. That’s when he wore a bucket hat, while he and my grandmother would sit in their tiny rowboat, casting fishing lines into the lake that was nestled at the perimeter of their property.

Like my grandpa, I too have worn many different hats, mainly in varying careers before trading them for the model called motherhood. I’m now wearing a proud hat at Exceptional Senior Placement where I help folks, just like my grandparents, who ultimately moved to an assisted living community. I cherish the days of those visits. We ate dinner in the dining hall among all their new friends before retiring to the activities room for games and a movie. When my grandpa’s dementia worsened, our family transitioned them to a Board & Care where they could be nurtured in a smaller environment. I’m eternally grateful to their caregivers, Filo and Ruth, who cared for them during those difficult years. It’s at this home where my grandfather ultimately passed away, wearing a hat that was knit by my grandmother’s hands. I still have that hat, along with his Stetson. Each serve as reminders that we all wear different hats over the years of our lives. I’m proud to wear my current hat as Client Services Manager in honor of my grandparents, Junious and Pearl Burrage.

Board and Care Homes are more of a typical house setting, often in a 6 bed home. These homes often provide a greater level of hands-on care ideal for more delicate situations and can often work greater care needs around budget constraints. These smaller home settings typically include meals, housekeeping, laundry, medication management, personal care, and include a limited amount of social activities.

Memory Care refers to residential settings designed especially for individuals with Alzheimer’s or other forms of dementia. Often part of a greater community, Memory Care environments focus on the safety of the resident and offer the extra specialized care required as Alzheimer’s or other forms of dementia progress beyond what many families can adequately accommodate at home.

Respite Care refers to short term care, with a stay often under 30 days. ESP knows the importance of the peace of mind Respite Care can provide whether it’s to provide the extra help needed coming out of an illness or medical procedure, or simply to offer primary caregivers an opportunity to handle other life matters that come up or even take a vacation.

We know caring for a loved one is a full time commitment. Situations often arise, albeit a vacation or otherwise that present a difficult situation and subsequent void in the chain of care. Through Respite Care, ESP has you confidently covered when you seek temporary care for your family member or yourself.

Assisted Living provides help taking care of oneself on a widely sliding scale based on the individual’s needs in a cost-effective and dignified living environment. Clients receive help with everyday tasks and often some health care in a residential community that suits them best. We like to emphasis an Assisted Living philosophy that honors the resident’s independence, i.e. “we will help you take care of yourself” over “we will take care of you.”

Independent Living refers to simplifying life with an easy-to-maintain private apartment or home within a community of other like-minded seniors in an engaging environment best suited to the individual. As the name implies, Independent Living is just that: the ability to maintain one’s residence & lifestyle, but often with tasks like weekly cleaning & daily cooking taken care of if or when one chooses. This also provides peace of mind that one can age in place, with living assistance readily available should the future require it.

Our no-cost process begins with connecting to your ESP Senior Placement Specialist by completing our short form or calling us. You’ll speak directly to an ESP Senior Placement Specialist, not a salesperson, who can relate to your needs and concerns. We’ll review the basics, including care requirements, location & budget, then we’ll gather the specifics like lifestyle & interests. The more information you provide, the more we know, the better the fit.

ESP then quickly reviews your assessment & creates a “next steps” roadmap inclusive of the best home options to address you or your loved one’s immediate and long term needs.

ESP books guided home tours for you based on your selections. By “guided,” we mean an ESP counselor accompanies you, sharing unbiased insights and recommendations to help assure that all your concerns get addressed and that the right choice is made 1st time.

We know time is at a premium, so we build a tour plan and itinerary, set community expectations, and maximize your time while keeping the sales and marketing teams from contacting you directly. We provide one trusted point of contact to coordinate this process.

Once you’ve chosen a community, we coordinate and create a transition plan assuring a successful, smooth & hassle-free move & placement.